Notting Hill Carnival bands take to the road for 2015

Notting Hill Carnival bands are taking to the roads of west London for the second day of what is thought to be Europe's largest street music festival.
Up to 60 bands in colourful costumes are taking part in the Grand Finale street parade. There are also 38 sound systems to entertain crowds. 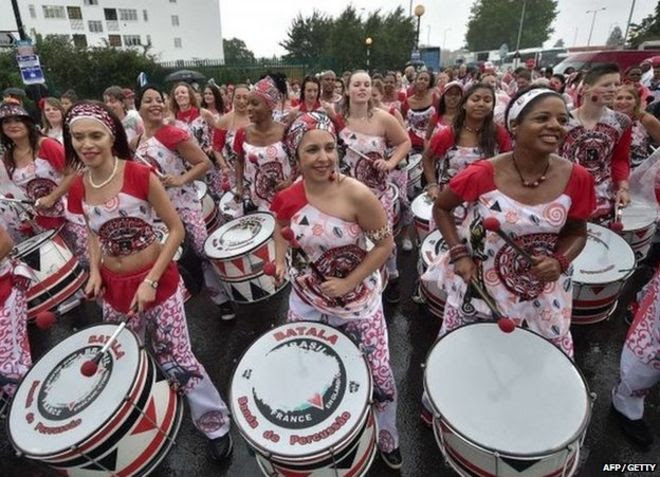 Transport for London said some road and Tube closures would be in place.
The Met Office has issued a yellow weather warning for thunder, heavy rain and possible lightning in London.
The event is expected to be attended by millions of people across the two days and police had made 95 arrests by 21:00 BST on Sunday.
More On This Story - BBC News
Posted by All About London at 2:50:00 pm