Blue skies are set to be wiped away by another burst of heavy rain this afternoon.
The bright morning will be replaced by downpours across London and the South East as the day wears on - and more wet weather is predicted throughout the week.
A raft of Environment Agency flood alerts remain in place across south London and the wider region, including around the River Wandle in Wandsworth, Merton, Lambeth, Croydon and Sutton 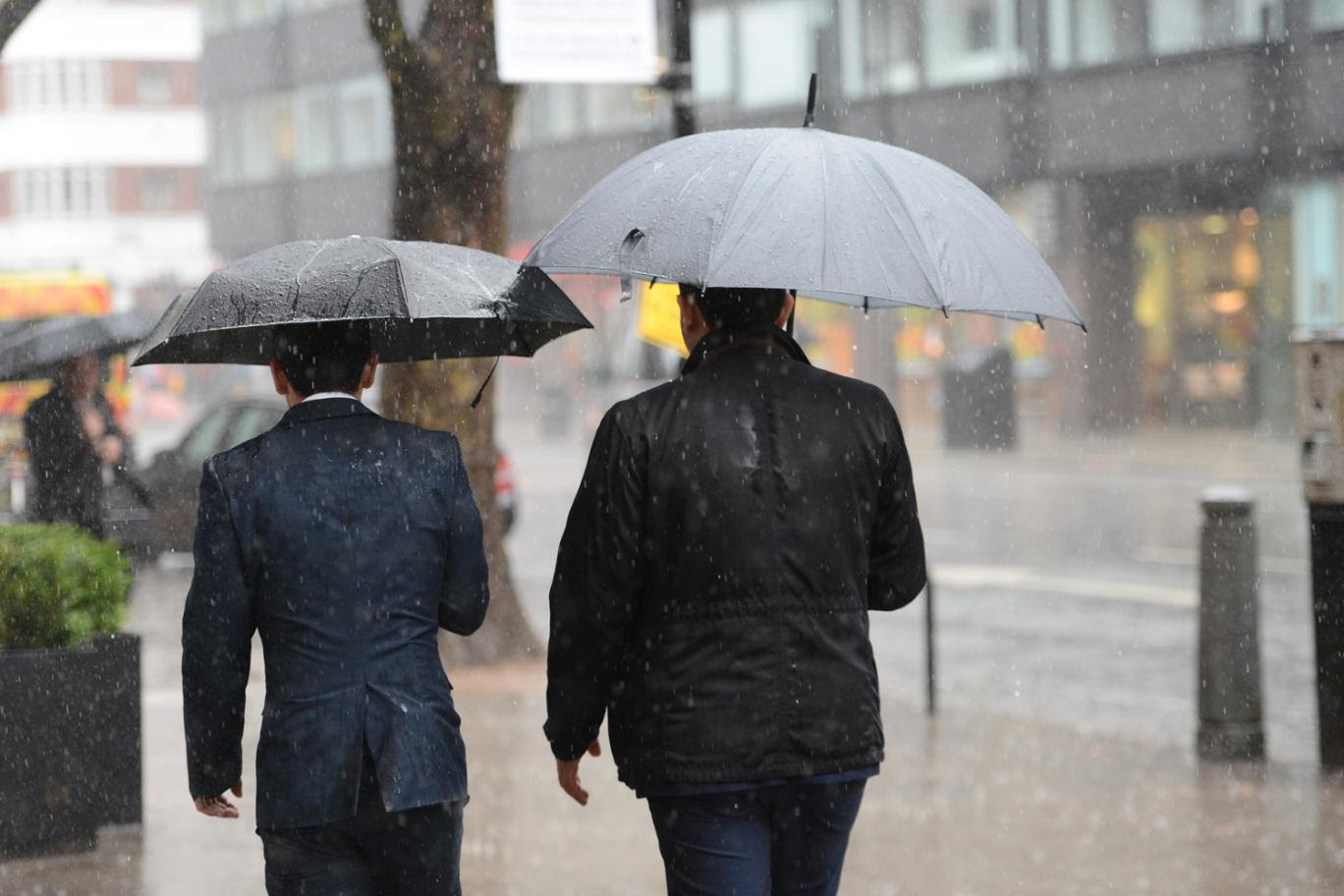 The Met Office said the bright morning will soon cloud over amid blustery conditions and outbreaks of heavy rain.
The clouds may settle down into the evening but further downpours are expected through the night, tomorrow morning and on Thursday afternoon.
Yesterday torrential rain caused flight delays and deluged roads, though the Met Office said major disruption is less likely today. 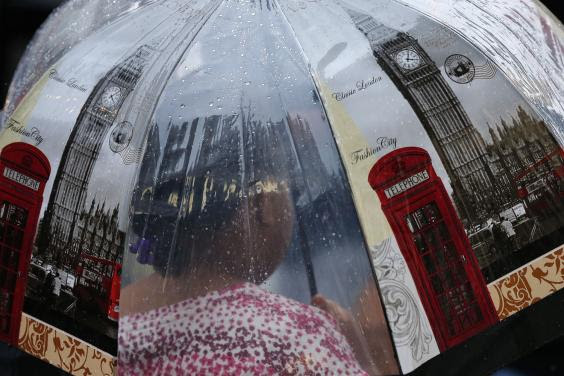 A woman holds an umbrella as she walk through torrential rain in London
A spokesman said: "After quite a nice start to the day today, it will gradually cloud over later this morning and we will see a band of rain coming through.
"In the London area you will see a reasonable amount of rain this afternoon and overnight, and showers first thing tomorrow morning.
"It will be noticeable although it won’t be anything to cause any major problems.
"Heading through into Thursday, it will be a fairly bright start to the day but will cloud over through the course of the afternoon."
Source ES
Posted by All About London at 10:54:00 am